Give us a call

Increasing numbers of people are feeling isolated and lonely and would benefit from face-to-face support for living happily in their own homes. On the other side of the letterbox, postal services are facing declining volumes of deliveries in an ever-more digital world. These looked like two disconnected issues with no obvious solution until, in 2012, Call&Check inventor Joe Dickinson had an idea. Like all the best ideas, it was simple and brilliant: get trusted posties to check on people on their rounds, raising flags, enabling problems to be dealt with and reassuring them with a friendly “hello”.

Since the first trials began in Jersey in 2013, Call&Check has garnered global recognition, awards and interest. By better coordinating care, reducing pressure on traditional services including families and carers, and creating new revenue streams for postal services, Call&Check is a win-win-win. Our customers love it! They feel supported and more confident in their own homes knowing someone they can trust is looking out for them.

For more information get in touch via:  info@callandcheck.com

We will deliver support systems to better connect people with their communities, enabling them to lead safer, healthier and sociable lives in their own homes for longer.

Connected communities where everyone is free from loneliness and isolation.

We have decades of experience and expertise in healthcare innovation, technology and change management, and we are passionate about providing simple, effective solutions that put the customer firmly at the centre of the circle of care. Joe worked as an IT/business consultant for over 25 years, advising on IT system design and working in Europe and the US. He has also managed several major medical-research projects, including boron neutron-capture therapy (BNCT) for cancer treatment, holographic 3D imaging, and multi-wire detector cardiac-imaging technology. The latter project involved working closely with its physicist inventor, the late Nobel Laureate George Charpak. Joe has also helped design and develop a number of telehealth systems. In 2011 Joe started his role with Jersey Post in the Channel Islands, where he invented, designed and implemented the Call&Check community service: making use of the postal operator’s existing infrastructure to deliver a new platform to support the community’s health and social needs. For this he won the World Postal Award 2014 and The Sunday Times’ UK Social Innovator of 2014, and in 2016 Call&Check was one of four international health-improvement projects selected for trial in the US. Phil qualified as a pharmacist in 1987 and began his career with Boots before buying his first pharmacy in 1991. He grew the business until its sale to the Channel Island Cooperative Society (CICS) in 2014, after which he took on a newly created role as Head of Healthcare and helped integrate the pharmacy business and establish CICS’s medical practice. Phil has extensive experience working with government departments and other professional bodies. He is focused on establishing patient-centred care systems – working with existing, innovative services – to enable people to maintain their independence and control over their care, and to help them stay in their homes, alongside family and friends at the heart of their own community. In June 2018 Phil became the Chairperson of Family Nursing and Home Care, the charity which operates the community nursing and care service in Jersey. Daniel joined the Call&Check team in November 2018. Daniel has a long history over the past 20 years in customer service having worked in management positions around the world in diverse companies such as Cunard, Hilton, Intercontinental and Sumas in Jersey Daniel is responsible for daily management of the Call&Check Hub including all aspects of customer service and relations including the Registration Process of new people joining the service, keeping close contact with the service recipients and liaising with and coordinating the support services. Daniel has a central role in organising the much-loved Call&Check social events. 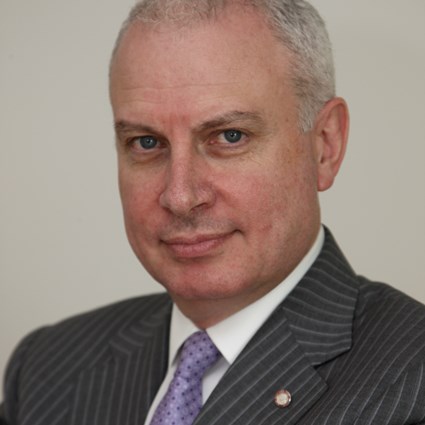 James is the Senior Partner in a nationally renowned, award winning General Practice in the North West of England and an honorary clinical professor in the School of Medicine at the University of Central Lancashire. Unique as a practicing clinician who is also a policy advisor, educator, writer, presenter, speaker and broadcaster. He is the co-creator of possibly the largest reform programme for primary care provision in generation, the Primary Care Home, which has led to the development of Primary Care Networks nationally in England. He has twice served as a government advisor at the English Department of Health and has also held advisory positions with the NICE, CQC and NHSI. James has also served on the Board of 3 different hospitals in the NW of England over a 12 year period. He was appointed an OBE in the Queen’s 2012 Diamond Jubilee New Year Honours’ List for services to Medicine and to Healthcare. Currently he is the longest serving BBC radio doctor. Michael Wagner is an independent advisor, teacher, and consultant focused on healthcare, leadership, culture building, and disruptive change. Michael’s Leadership Expertise spans more than 37 years of consulting and service in government, politics, higher education, private business, and non-profit management. Michael’s Healthcare Expertise extends for over 30 years as both Vice Chair of Health and Human Services in the South Dakota Legislature as well as Executive Director and Chief Teaching Officer of The Advisory Board Company. As a long time teacher, consultant, and advisor on issues of management, leadership, and strategy, Michael has facilitated workshops and engagements with leading hospitals, health systems, and multi-national organizations in the United States, Canada, Australia, New Zealand, Asia, the Middle East, South America, the United Kingdom, Africa, Central Asia, and Europe. Mike’s areas of expertise and study include leadership development, culture building, public policy development, strategy development, operational improvement, quality improvement, and innovation. He both teaches and develops curriculum focused on changing leadership mindset and energizing teams to achieve higher levels of excellence. Through his years of experience, Michael has personally worked with more than 750 health care organizations, professional associations, government agencies, the United States armed forces, insurance firms, pharmaceutical companies, and medical device manufacturers. Michael has been elected to four terms in the South Dakota House of Representatives, serving as Assistant Majority Leader, Chairman of Local Government, and Vice Chair of Health and Human Services. Additionally, Michael was elected to five terms as President of the Aldermanic Council and Mayor of a small town in South Dakota and served as Vice President of the state municipal league. His professional experience includes service as the Chief Operating Officer of an international distribution company, the Executive Director of a Habitat for Humanity agency, and a college lecturer in business management and leadership. Recently Michael served as a Senior Research Fellow at Ko Awatea Innovation Center in New Zealand, responsible for designing World Health C.L.I.M.B., an international initiative to elevate leadership in healthcare on a global basis. Michael earned a master’s in public administration from Harvard University, where he was named an Archibald Bush Leadership Fellow and Lucius N. Littauer Fellow for outstanding citizenship and academic achievement. Michael spends much of his spare time snow skiing, scuba diving, off-road motor-biking in the Black Hills of South Dakota, and boating along the Missouri River. When he and his wife, Paula, are not spending time with their eight grandchildren, he also tries to raise White and Black Swans and other exotic animals. 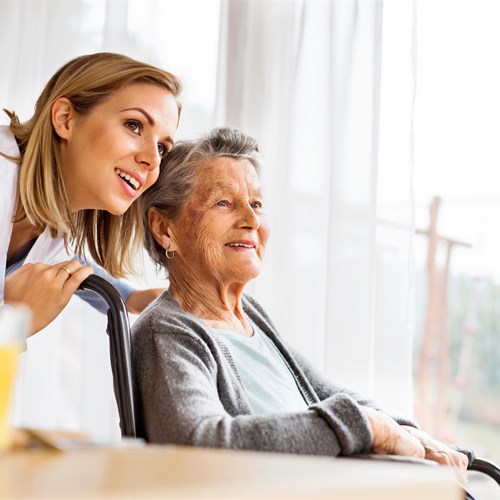 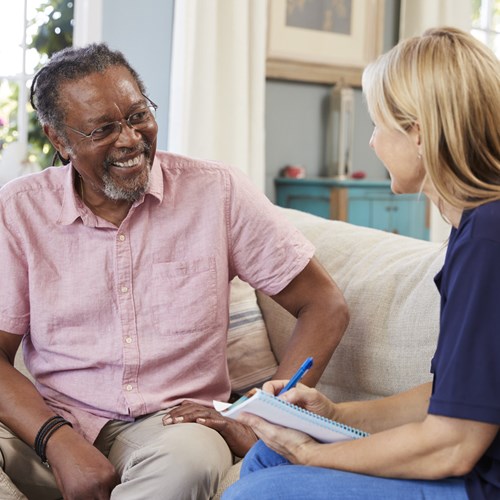 Knowing my mum gets checked on every day during the week takes some of the pressure off my wife and I, and gives us additional peace of mind 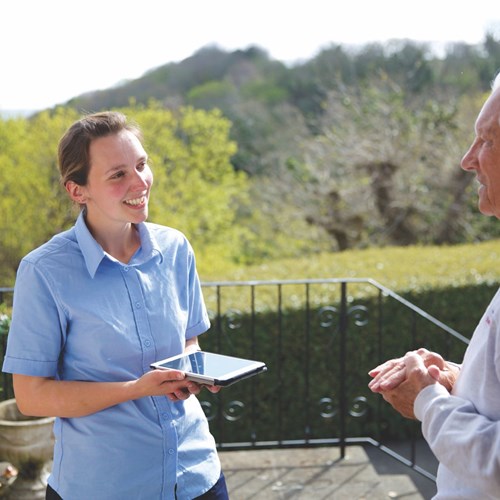 I have a degenerative visual impairment, so I cannot drive and find it difficult to get out of the house alone. Before Call&Check, I struggled to get to the shops. Now it has been arranged for me to have my shopping delivered weekly

Call&Check recommended by National Institute for Ageing in Canada

A Canadian Think Tank on ageing - the National Institute on Ageing (NIA) - has published a policy White Paper entitled How Canadian Postal Workers Could Better Enable Ageing in the Right Place (27th January 2023). The team at Call&Check in Jersey are proud to be identified as the ideal service to be delivered and scaled across Canada.

Call&Check supporting the delivery the Coronavirus Vaccine to islanders

Call&Check is working with the Government of Jersey vaccination team to support islanders accessing the COVID-19 vaccination programme.